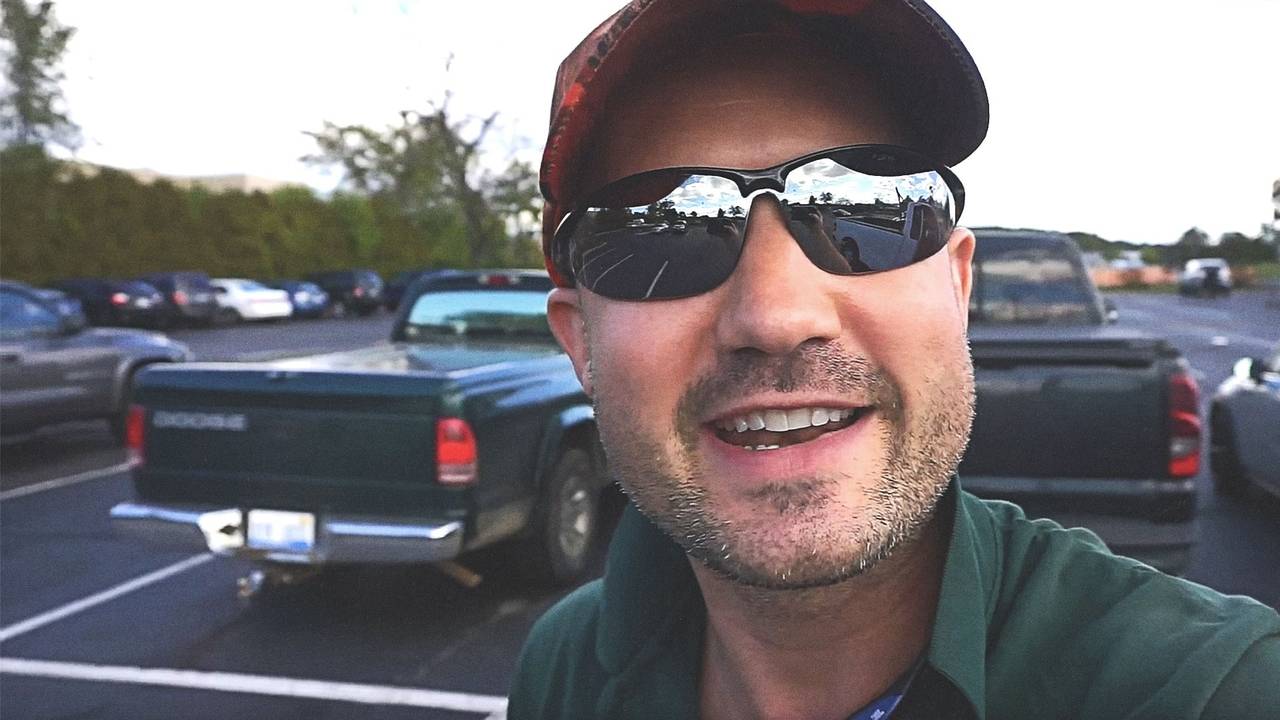 You guys know how much we love to celebrate our #KajabiHeroes. Today, we’re talking about Keith Kalfas, a successful Knowledge Commerce professional who we recently had the pleasure of interviewing.

Kalfas is the number one social media influencer in spaces like landscaping and window cleaning entrepreneurship. It might not sound as intriguing as influencers who operate in the fashion or home goods industries, but Kalfas proves naysayers wrong.

According to Kalfas, his landscaping business goes back a long way — to when he was nine years old. An entrepreneur at heart, he would join his father to take care of lawns and get paid $4 or $5. However, he never thought he’d actually get to start his own business. He felt it was out of reach.

You can’t accuse Kalfas of having a poor work ethic, though. By the age of eighteen, he was working at least three jobs and putting in 90 hours per week. That’s pretty impressive.

But how did Keith Kalfas get into Knowledge Commerce? Let’s find out.

Times were tough for Kalfas during his early to late twenties. He was working for a landscaping company, earning too little to cover his expenses, and he nearly went bankrupt as a result.

In his own words, he was “forced” to start a business just so he could keep his head above water. Fortunately, it panned out.

To forestall an eviction and to take care of his young family, he started taking side jobs in addition to his full-time landscaping jobs. He advertised on Craigslist for handyman-type roles, from weed-eating to window-washing.

From the money he earned, he began buying his own equipment, taking a risk his wife didn’t always appreciate because of the mounting bills. However, within six weeks, he’d managed to replace his full-time income with those small side jobs.

Kalfas attributes his entrepreneurial start to fear. He was terrified of losing everything, so he set out to provide for himself and his family.

Many people don’t talk about the downsides of increasing one’s income. Sure, it’s exciting, but it’s also exhilarating — and a little fraught with danger. After all, you have to start thinking about saving for a rainy day, putting aside cash to pay Uncle Sam, and upgrading equipment.

Kalfas didn’t squander his assets during this time, though. He listened to entrepreneurial audiobooks while he worked and discovered better ways to give quotes and expand his potential income.

Then, he became interested in online marketing. He explored network marketing and MLM businesses, but he couldn’t find his niche in those areas.

After discovering a few online mentors, he realized that he didn’t need a college degree or massive experience to teach other people. He just needed to have knowledge other people wanted.

A Choice to Make

Kalfas realized one night that he had to make a choice. He could either continue investing in his landscaping business or he could turn to an online business to provide for himself.

He didn’t have a clear path in front of him, but he felt in his gut that he needed to pursue Knowledge Commerce. He’d learned from hard work and difficult experience, so he could help others.

He started learning about copywriting, public speaking, and marketing and advertising.

Kalfas spent hours getting his informational business up and running on the Kajabi platform. He tried another e-learning tool first, but it wasn’t intuitive enough for his needs.

Now, he has a six-figure offline business as a landscaper, and his Knowledge Commerce business is approaching the six-figure mark now. More importantly, he feels this is just the beginning. As he grows his empire, he’ll enjoy more freedom and more security — as well as more satisfaction with his professional life.

While Kalfas is undeniably successful, he doesn’t shy away from mistakes and failures in his past.

For one thing, he started his business without collecting email addresses. He had amassed huge social media followings before he created an opt-in form. To him, that was a huge mistake because he now earns thousands of dollars off email marketing alone.

He also says he was late to the game. He wishes he’d had his epiphany sooner and started his offline and online businesses when he was younger.

However, Kalfas admits that he’s succumbed to fear in the past. He’s full-steam-ahead now, however, and he knows he hasn’t reached the pinnacle of his entrepreneurial journey. More is yet to come.

Do you own an online business? Have you owned one in the past? Maybe it’s time to take it offline.

At Kajabi, you can start a Knowledge Commerce empire from your living room. Just like Kalfas, you can create your own future and shape it to your liking.

To help, we’ve created a special download to help you get started with your online business.

We’ve outlined the EXACT steps Kalfas took to success, so you can follow in his footsteps.

If you're looking to expand your brick & mortar business - or any business really - and create a second income stream selling digital products like Keith, grab our blueprint today!

It’s ideal for brainstorming and implement a plan from the start, and it’s packed with useful tips from Keith himself.

Heart of A Hero: Dan Baumann

Create Your Own Exit Plan With This Week's #KajabiHero