Heart of A Hero: Adam Mitchell 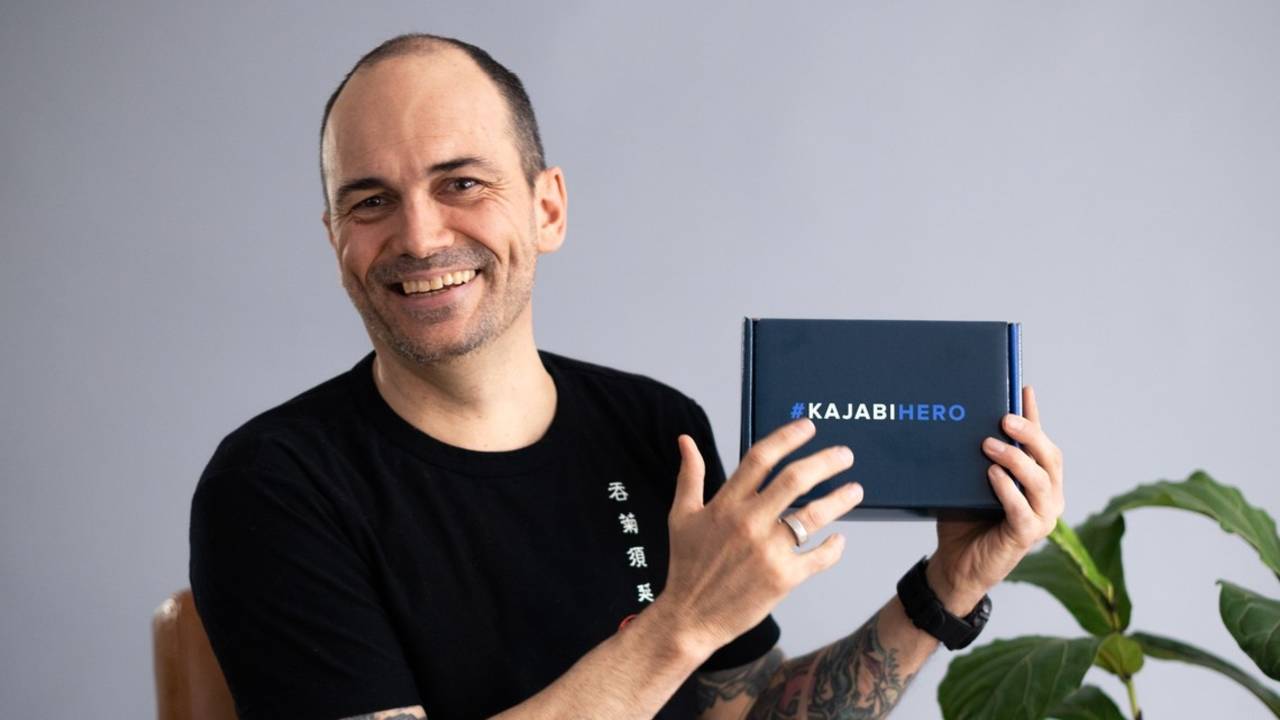 Way back in 2005, lifelong martial artist Adam Mitchell was running a small but successful martial arts studio in the Mahopac New York area when he received a phone call that would change his life forever.

His Sensei was calling from Japan because he had received a request to learn the ancient art of Jissen Kobudo from a man in Jacksonville, Florida.

Adam was the only person in the entire country who was qualified to teach Jissen Kobudo, so he immediately volunteered to help.

After speaking with his studio manager, Adam decided that creating an online course was the best way to teach people who wanted to learn but couldn’t travel to Adam’s studio or Japan.

Even though he was a Wordpress expert and could build websites, Adam and his studio manager still had to travel to India and spend over $140,000 to put together their own content delivery system.

Unfortunately, despite being expensive, the quality of this delivery system left a lot to be desired.

Plus, it was a lot of work stitching all of the various systems together to stream classes, upload videos, and create websites.

You can imagine Adam’s excitement when he got an email announcing the launch of the original Kajabi.

Adam signed up for the original Kajabi and created the first version of the Budo Hall product he still sells today!

From Local to Global:

Almost immediately, Adam saw a massive change in his ability to reach an audience outside of his local market.

Before Kajabi, Adam would get students from within a 5-15 mile radius of his studio.

Using Kajabi transformed his local business into a global business with students all over the world, helping him to make more than $180,000 with Kajabi classic.

In addition to his online course, Adam started to develop training groups all over the world from Mexicali to Brazil.

Not long after starting with Kajabi, Adam was traveling nearly every weekend to teach seminars in different parts of the world, using Kajabi, not just to sell courses, but to set up real-life events as well.

But it wasn’t until Adam met his now business partner Gino that things really took off!

The Power of Partnership:

Gino was a regular working-class guy, but he had something that pretty much every man wanted.

Gino had 6 beautiful children, his own successful pizza business, a happy marriage, and things were going very well for him.

Adam knew how powerful the right partnership could be and wanted to tap into this, so he suggested turning Gino’s book of pizza recipes into a course on Kajabi.

Unfortunately, that product was not a success.

In failing, Gino and Adam learned that there was a decent sized niche audience of families who wanted to spend more time with their kids and needed a healthy way to do it.

Gino had taught all 6 of his children how to grow, harvest and cook with various plants in their backyard, so Adam suggested creating a community to teach other parents how to spend time with their families by doing the same thing.

They called it “Gino’s Family.”

While Gino’s Family was more successful than the cookbook, shortly after the release, Gino shifted away from the business and started to focus on multi-family real estate.

Adam helped Gino, and his real estate partner, Jake, create a Kajabi course based on Wheelbarrow Profits that now brings in over $1 million dollars a year!

In fact, the Wheelbarrow profits course brings in so much income that Adam can now focus solely on his true passion—teaching martial arts.

Securing a Legacy For Himself and Jissen Kobudo:

Before Kajabi, Adam Mitchell was running a small local martial arts studio and just barely getting by.

He was teaching kid’s classes and marketing wherever he could around his local area from the local high school to the Chamber of Commerce.

The bills were paid, but Adam knew that he could make a more significant impact and influence more people.

Then he got that phone call from Japan.

In order to secure not just his legacy but the legacy of an entire martial art, Adam had to figure out a solution to make his local business global.

Kajabi was that solution.

Kajabi helped Adam transform his business and secure a future for his family and his martial art by providing everything he needed to run his business.

All in one place.

With the technology taken care of, Adam was able to focus on his passion providing more content and value for his students.

Adam discovered the power of partners when he met Gino and together they learned from the failure of the pizza recipe course which helped create the success of the Wheelbarrow Profits course.

All along the way, Adam let his passion for teaching the martial arts and helping others lead him

What are you passionate about teaching?

If you’re still in the “idea stage” and are unsure what you’d even teach online, we’ve put together a brand new, completely free, 3-part video training series which takes you from having an idea through creating your first mini-course.

If you already know what you’d like to teach and would rather jump right in and take Kajabi for a risk-free test drive, below you’ll find a link for your 14-day free trial…

We know that you have something to teach the world. We also know there are people out there who want to learn what you know.

That’s why we created Kajabi. It’s a full-featured platform that allows professionals like you to create their own businesses from home.

Create online courses, establish membership sites, and sell other digital products. We offer tons of marketing tools to help you spread the word about your products and earn more revenue.

This Week's #KajabiHero Thought Smarter About His Business

Transform Your Business Mentality With This Week's #kajabihero