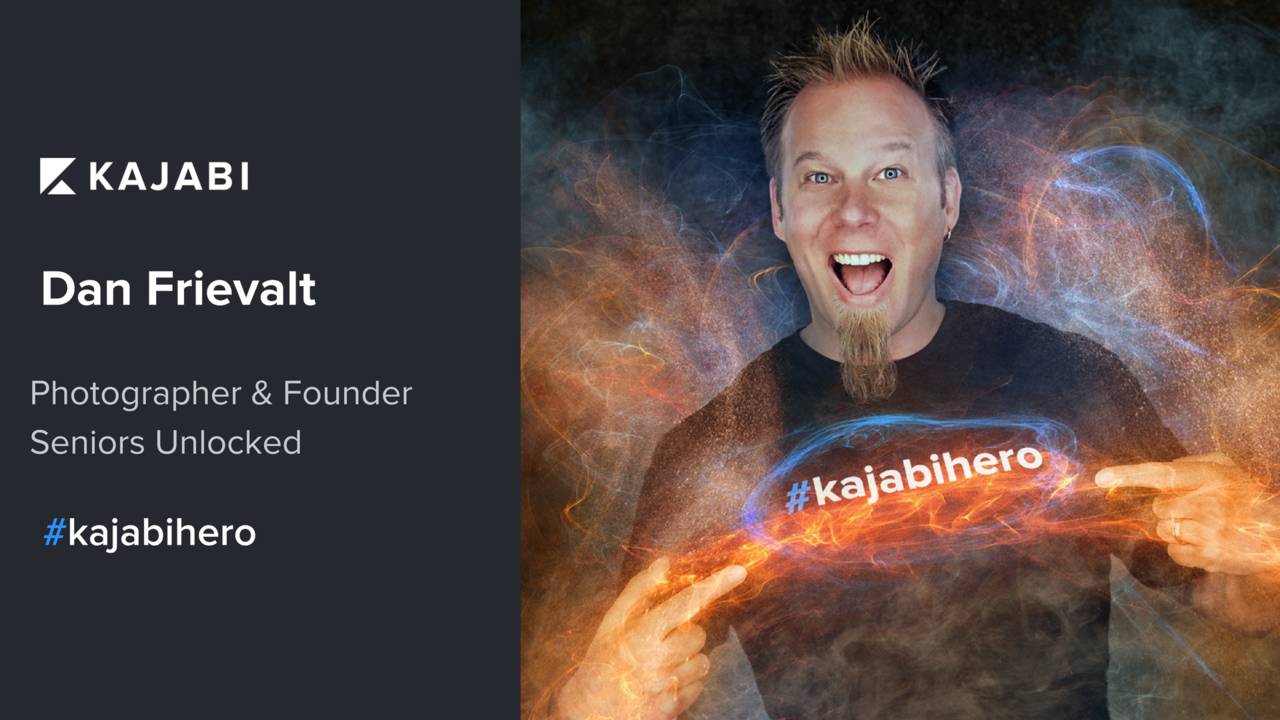 Dan Frievalt, of Seniors Unlocked, was once just a high school photographer in the tiny town of Green Bay Wisconsin population 104,000.

Dan specialized in taking photos of local High School Juniors, who were going into their Senior year of high school, for what’s known in the Unites States as “Senior Day.”

He had even gone so far as to create his very own “Senior Day Montage,” a beautiful collage of the photos he’s taken, compiled in his own artistic way. His customers raved about it, and it became his biggest seller!

The Roadblocks Dan Ran Into

These days everyone with a smartphone is a photographer, so the market for those willing to pay just to have their pictures taken has become nearly non-existent. Photographers need to have a specialty and create art for their clients, like Dan did with his montages, but even that wasn’t always enough.

Sure, Dan would be booked up during the summer in his “busy” season, but during the rest of the year he would have to hustle booking whatever jobs he could. This often meant giving up his nights and weekends for weddings and other events.

He was also working his teaching job so he had two full time jobs to make a single full-time income.

The second problem was the lack of repeat clients.

After all, you’re only going to get your Senior Day portraits done once and unless that family has another kid who is going to need Senior pictures there are no repeat customers, which means that each and every year Dan had to start his marketing campaigns all over again, costing him time and money and adding even more work to his already busy schedule.

The last problem was that no matter what Dan did when it came to photography, whether he was shooting or teaching, he was stuck trading his time for money! He only got paid when he showed up to shoot or teach, whether he was sick, tired or busy with his family.

Before Kajabi, Dan’s teaching materials were a mess.

There was no organization at all.

He didn’t have any of his files labeled so clients were often confused about which file was which lesson. When he had a teaching gig, Dan would have to lug around DVDs of his programs, or had to try to remember to make sure he sent the DVD files to a customer who had already paid him.

It was a mess, and as a result of that, Dan’s teaching business wasn’t very profitable.

He also had trouble marketing his teaching courses because he didn’t have a website or landing page to direct interested potential clients to, or a way for the clients to try the content out before they committed to buying the program.

All of a sudden, Dan had a way to package all of his existing products into attractive offers, and this opened up the floodgates for him.

The 3 Major Impacts On Dan’s Business

Now you might be wondering, how did Dan get all of his customers?

One of Dan’s philosophies when marketing his business is to focus, not on one campaign or lead generation tactic that is going to be a home run, but instead to have a lot of different tactics that are what he calls “base hits.”

A base hit is a tactic or marketing technique that works well enough but doesn’t take up too much of your time and energy and doesn’t need too much upkeep once it’s set up.

The webinar, Facebook ads and sponsorships are all examples of base hits that Dan used to build his business.

Once you have 3-4 “base hit” marketing campaigns working for you, you’ll have more customers than you know what to do with.

Before he wrapped up his interview, Dan had 3 final pieces of advice for those just starting out in the photography business.

Get free info out there. Many people who are trying to get into teaching photography or other subjects think that they have to hide their best material or keep it secret so that it’s only for paying customers. This could not be more wrong! The better the free information you share, the more people will be interested in your products.

Don’t be afraid to share. One of the ways that Dan built his business was through teaching others. This allowed him to become known by potential customers, after they knew about him they were more likely to buy his products down the road.

You know more than you think. The last piece of advice Dan shared was this, most of us take for granted the things we know. Everyone reading this article has some skill or talent that they can share that would be valuable to someone else so don’t be afraid of looking like you don’t know what you’re talking about, because you’ll always know more than someone who is watching.

Dan Frievalt used his experience and knowledge from decades of being a high school photographer, to build a business teaching other photographers and aspiring photographers to become more successful, and he uses Kajabi to do it.

In this article, Dan shared his story and showed you exactly how he used Kajabi to work less and make more money while doing something he loves to do!

What can Kajabi do for you?

Find Your Voice With This Week’s #kajabihero

Embracing Imperfection With This Week's #KajabiHero