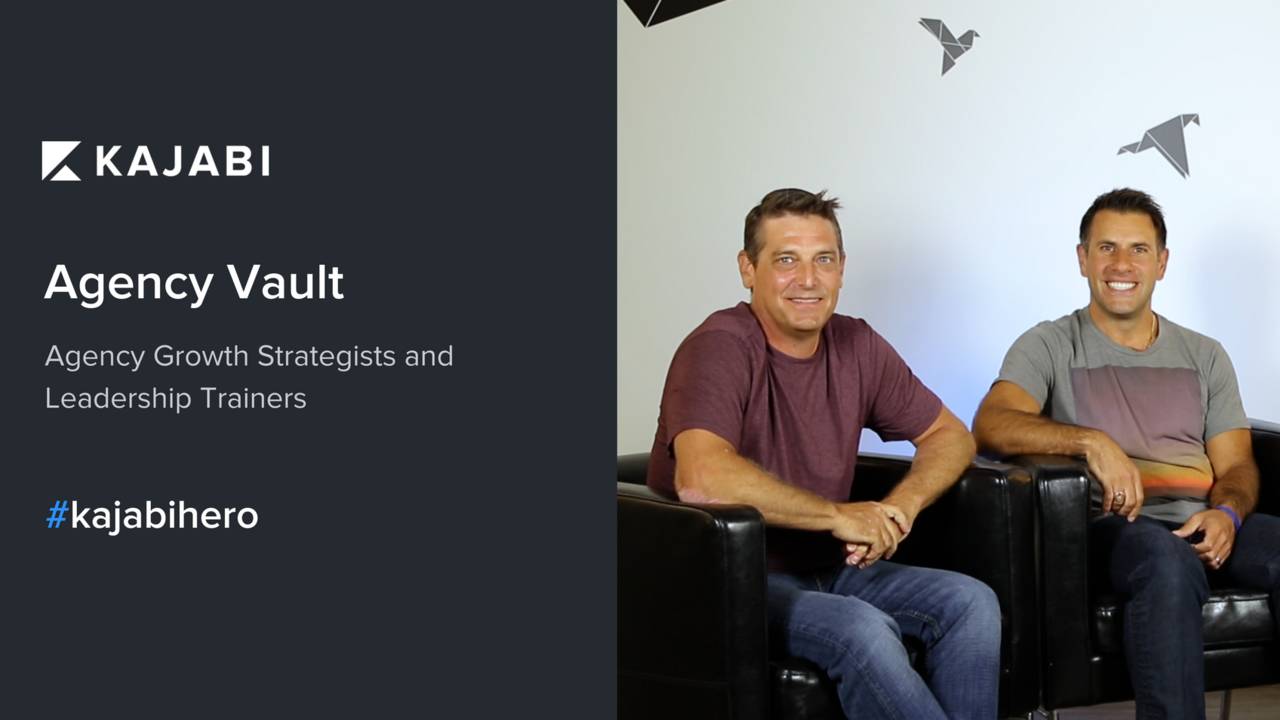 Success! You’re in!
Oops! Something went wrong while submitting the form.
Popular Articles
Kajabi vs. Mastera
Read More
When is the right time to sign up for Kajabi?
Read More
New! Carousel modules in the Kajabi website builder
Read More

This week’s Kajabi Hero story features two men who are not only business partners, but have been friends since college.

Their friendship spans the generations as their parents were friends beforehand and since their years at University of Arizona they have been ‘dreamin’ and scheme’n’ together about their futures.

What's also really cool about today's #kajabihero story is that the interview was conducted by one of our very own team members, Scotty!

Scotty is a friend of both Agency Vault co-founders and he helped introduce them to Kajabi when they were looking for a solution to their problems.

Less than a year after going on board with Kajabi, the two men are now #kajabiheroes and are already coming up on six figures in sales!

Agency Vault specializes in coming alongside insurance agencies to train their employees and increase their productivity, and they focus on three key vaults: hiring, process, and sales.

Craig purchased his Allstate agency in 2008 and was formerly an investment advisor.

Neal helped start Business Mastery with Tony Robbins and worked as the Director of Sales for Deepak Chopra.

Their collective business acumen is impressive, to say the least, but they both carried bigger dreams for the future.

It wasn’t until they found Kajabi that they were able to make their ideas come to life.

Some people reading this may think that Agency Vault experienced an overnight success, but there really is no such thing.

We asked Craig and Neal to take us back to the beginning when they were just two salesmen dreaming of bigger things to come.

At their annual ‘boys trips’ to Flagstaff, Craig would seek Neal’s advice on how to grow his company and to help his agents produce more. Taking Neal’s advice started to produce visible results.

So about 4 years ago, the two men decided to take their collective experience and knowledge in increasing profitability and make it available for others to learn from.

They spent enormous amounts of time and money developing the perfect platform and were filled with such confidence that their sales reps would take it and run with it.

They had made webinars filled with their knowledge available for purchase and week in and week out they would sign up only one or two people.

Despite their valuable product offering and the amount of money they spent on the project, it ultimately failed. Craig describes their venture as falling into a common entrepreneurial trap.

They had created a product that was needed, but the delivery of that product was wrong the first time around.

However, the entire process brought valuable experience and knowledge to the team and they were able to move forward into great success. Both men look back fondly on that time as being filled with fun while working together on something that they loved to do.

A big takeaway that Craig reminded us of is to take to market the minimal viable product.

If people want it, they will buy it, and you can always start building out after that. You don’t have to start out with a huge monstrosity of a website or production. Start small but valuable.

A Fateful Introduction To Kajabi

After their first product offering didn’t go as planned, both men returned to their full-time day jobs, but always kept their ideas going in conversation.

They knew they had something valuable to offer, but they needed to figure out how to present it to the market in a different way.

Craig was highly motivated and had lots of ideas, while Neal was a little slower to recover from their past attempt. They struggled with the balance between not spending a ton of money and learning to do everything themselves. They were salesmen, not website developers or email marketers.

Then, during a holiday gathering, Craig and Scotty, a Kajabi team member, had a fateful conversation on a rooftop in Newport Beach.

He was asking how to put all of these different pieces together and, as Scotty is an engineer who helped build Kajabi, he had the exact answer for him.

They realized they could integrate all of their processes on one platform.

Email blasts tutorials, online courses, pipelines, back end sales support, and a host of other tools were all at their fingertips...

Of course, there was a learning curve and at times it seemed overwhelming, but it was all of a sudden possible to achieve what they had been dreaming about for so long.

With Neal in San Diego and Craig in Tucson, they agreed to meet up for four weekends to build their new website and try again once again to launch their product.

This time, their success after launching was extremely fast and remarkable. After years of struggling to make their product available, both Craig and Neal were riding a high watching how well their courses were selling in such a short amount of time.

They were so happy, in fact, that they started to run out of positive adjectives to describe how well everything was going, so one day Neal threw out the word, ‘penultimate’ to further emphasize how fantastic the situation was progressing.

Craig loved that choice of word, so they started to incorporate it into their teaching courses and even into some of their copy. It wasn’t until Craig’s wife, who speaks Portuguese, pointed out that penultimate actually means, ‘next to last,’ that the friends realized their (hilarious) mistake in choosing that adjective. Neal still loves the word, however, so they’ve agreed to use it in-house only.

There was never a point in Neal and Craig's journey that they ever considered giving up. There have certainly been discouraging weeks, but nothing close to making them want to quit.

They have always been confident in their ability to be salesmen, but what Kajabi has allowed them to become is successful online marketers.

For example, last month both men were on vacations with their families in different states, and their online sales were skyrocketing.

Neal is quick to point out that while it is an amazing feeling to be making money while on vacation, the work still has to be done. Nothing just happens on its own and both men work hard continually to maintain their online business.

There is a big difference in strategy when approaching normal sales and online marketing.

A few months in, Agency Vault hit a dip, and so the men had to change up the way they were doing things so that the dip didn’t turn into a fizzle.

In normal sales, you do the same ten things over and over to ensure success. In online marketing, however, you need to be changing with the market and trying out new things to see what works.

Craig and Neal created, marketed, and sold a live, four-week training video to train the sales reps on their 7-step sales process.

They have their teaching courses set up in Kajabi for on-demand access, but they also experimented with live tutorials, which brought them huge breakthroughs.

Both men thoroughly enjoyed the live webinars because it was fun and they were able to interact with some of their clients.

It also hit on acquisition, because offering something that was live and interactive was appealing to new customers. It is far more profitable to offer new products to existing clients than to go and try to gain new clients.

Development of new products and offerings is what keeps those existing clients and reaches out to new ones at the same time. Neal is looking to the future and how to use their product to enter other business markets.

A year ago, Craig and Neal didn’t have a side business in play.

But their newfound success has offered a ton of financial freedom because the platform has allowed them to reach so many more people at one time than typical sales ever could.

Craig mentions that it has been so easy to use the platform and so it has created much more time for focus on other things in his life.

He has been out of his office for a month due to taking a vacation, and that is a perfect example of what Kajabi can do in a person’s life.

It creates a leverage and freedom that could never be experienced in a regular day job.

Having fun and figuring out how to overcome challenges seems to be what Craig and Neal thrive on. Kajabi has enabled Craig to create a world-class website while offering seamless interaction between the client and the product.

The vehicle in which they are getting people’s attention is easy to use, but the men still have to try many different strategies and processes to see what works. It’s a huge learning cycle. There are things that don’t produce results or sales, and that is always to be expected.

One key piece of advice that Craig and Neal would give to someone just starting out is to keep testing to see what works.

Another piece of advice is to just take action.

Don’t let what you don’t know stop you from starting and moving forward. You will learn as you progress. Don’t listen to the negative thoughts in your head telling you that you can’t do it.

Kajabi provides easy training and processes for you to walk through and stellar customer service if you stumble.

The only way to find out if something is going to work or not is to put it out there.

Even if only 1 person responds to that email or webinar, you are moving forward and you are testing to see what works and what doesn’t. Don’t be afraid of rejection or perceived failure. It’s not failure if you learn and grow from it.

Perseverance is king in offering a product online. It will take time and effort to see what works and what doesn’t, but Kajabi equips you to make it easy to see what went wrong and where it happened in the chain of marketing.

The key to success is using the tools you have with Kajabi and not letting anything stop you from moving forward. Don’t overthink strategy or become too serious about what you are offering. Keep a positive attitude and have fun with your journey.

Try Kajabi for free today down below, and make your website and product an experience that will change your life and the people you help.

And to check out Craig & Neal's website and get a taste of how they use Kajabi, visit Agency Vault here. 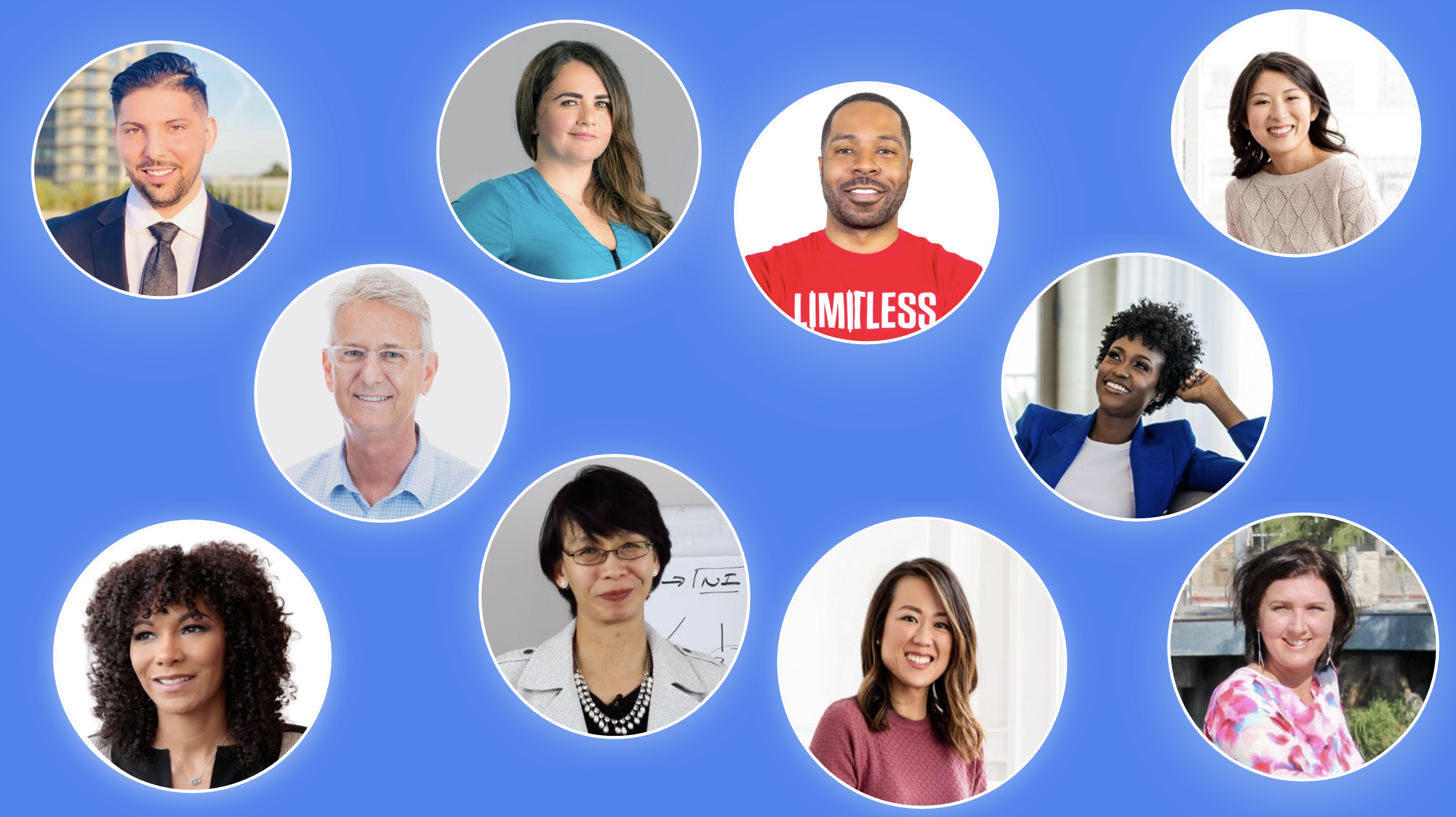 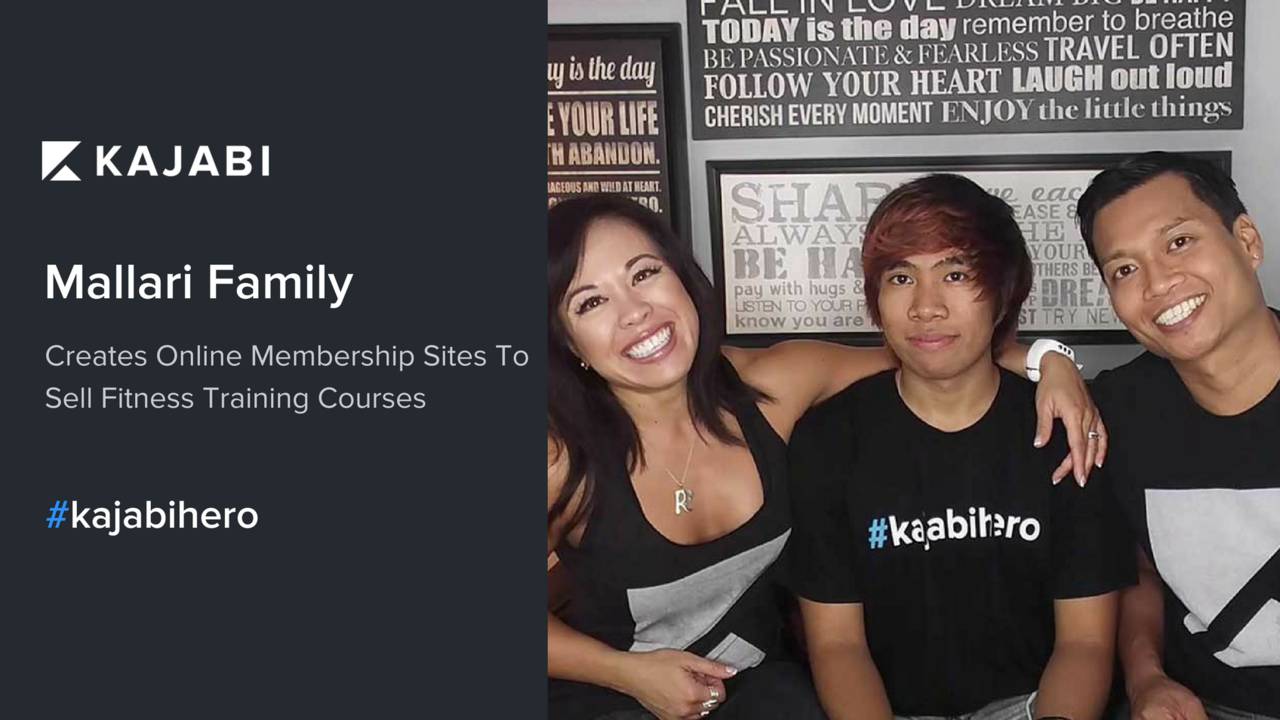 Make Your Business Family-Oriented With This Week's #kajabiheroes 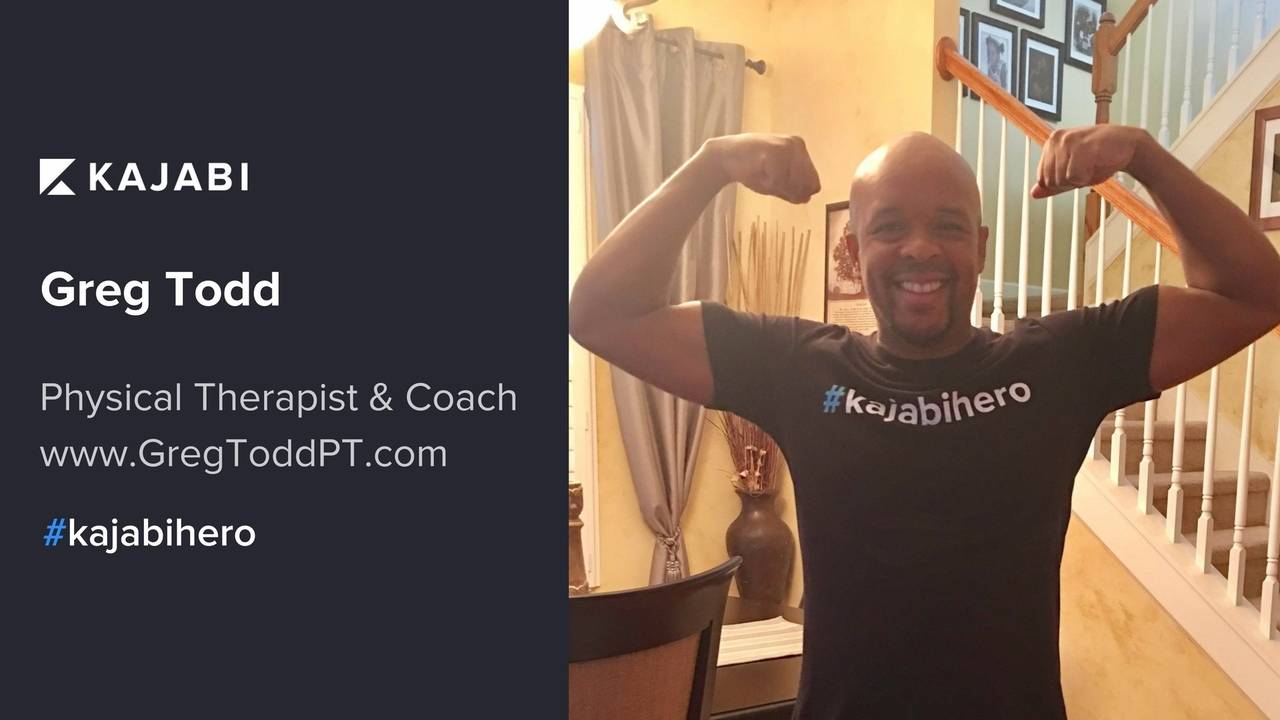