Thank you! Your submission has been received!
Oops! Something went wrong while submitting the form.
X

Launch your business
with 5 min/day
5 wks
$5

If you have 5 minutes per day we’ll help you launch
your business in the next 5 weeks, all for just $5.
Yes, I’ve got 5 minutes to start my business
Take 5 min/day to build your business in 5 weeks.
*Terms and conditions apply
Claim limited offer now! 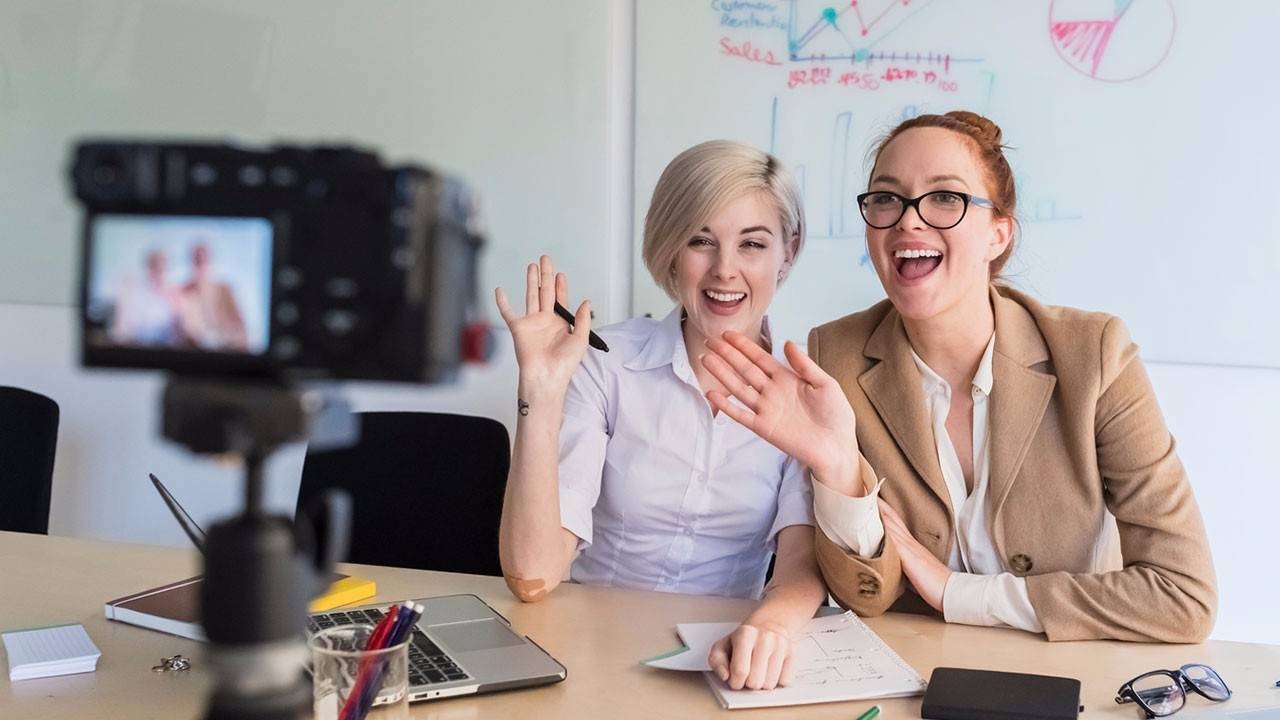 Do you ever feel as though your marketing isn't as effective as you'd like it be?

You have your site set up correctly and you're sending enough traffic to it, but it doesn't feel like enough people are taking action.

So you look at your conversion numbers and they look really... low.

Well, numbers don't lie. The truth is that you're not sending the right message out there.

Pre-suasion is a concept developed by Dr. Robert Cialdini, one of the foremost experts on marketing and persuasion (he literally wrote the book on Influence).

It’s the process of using attention and “Privileged moments” to get someone to agree with your message, BEFORE the message has even been conveyed.

It's all about positioning your message in a way that puts your visitor in the right frame of mind to actually take action.

So in today’s post, I’ll show you how to start using “Pre-suasion” in your own marketing efforts, and I’ll even share my 4 best tips on how to integrate it easily!

The experiments referenced in Pre-suasion have proven...

I highly recommend that you pick up Pre-suasion and give it a thorough reading, but since I know that you’re a busy Kajabi business owner and you might not have time for that...

I've taken the liberty of going through the entire book and associated research and figuring out how you can use that information to make your website and videos capture your visitors attention and convert better!

In a chapter titled “The Importance of Attention… Is Importance.” Cialdini reveals an anecdote about being in London to witness the 50th anniversary of Elizabeth II’s ascension to the throne in 2002. At the ceremony a young woman’s phone rang and the Queen advised “You should answer that, it might be someone important.”

Anything that channels attention to it leads those observing to overestimate its importance.

Or as 2002 Nobel Peace Prize in Economic Sciences winner Daniel Kahneman likes to say, “Nothing in life is as important as you think it is while you are thinking about it.”

This is the idea behind channeled attention, whatever you do before attempting to persuade someone, has to channel their attention to it.

The second concept I want to introduce here is the idea of Privileged Moments.

A Privileged moment is an identifiable point where the individual is receptive to a communicator’s message.

Whatever factor is elevated or brought to attention during the privileged moment is more likely to determine what the choice ends up being.

To show you how you can apply this to your website or videos, let’s discuss a tactic called pre-loading.

Pre-loading is simply the idea of getting an audience to focus on a key element of the message before presenting the message.

These are often called “openers” to attention by Cialdini.

Tip #1: Use The Right Visuals!

Make your website more pre-suasive by using wallpaper and images that INSTANTLY channel attention to the features you want your visitors to have in the front of their minds.

Naomi Mandel and Eirc Johnson are two marketing professors who wanted to solve the age old question of how to avoid losing business to a poorer quality rival who was only competing on price.

The solution was to place “fluffy clouds” on the background of the site’s landing page.

Not only that, but those visitors also became more likely to search the site for information about features related to comfort, and ended up choosing the more comfortable and expensive sofa as the preferred purchase.

Let’s now talk about the use of a psychological chute.

In Pre-suasion, Cialdini reveals that he was once a palm reader and that even though he delivered the same exact palm reading to every person, the overwhelming majority agreed with the reading and ranked it as very accurate.

This is a demonstration of what’s known as The Barnum Effect.

The reason that the Barnum Effect happens is that people generally look for hits, rather than misses, because it is easier to notice when something is present than when it is absent.

The scientific name for this is called the “positive test strategy.”

Let’s look at an example:

If I ask you if you are happy about your business what comes to mind?

What about if I ask you if you are unhappy about your business?

A Canadian social science team tried a similar experiment where they asked people if they were happy or unhappy with their social lives.

Those who were asked if they were unhappy, were 375% times more likely to declare themselves unhappy as the other group!

The reason for this discrepancy is that the initial question channeled their attention towards things that made them unhappy!

The questions you ask your website and video visitors channel their attention, so make sure that you are channeling their attention somewhere helpful!

To see the power of phrasing in motivating people let’s look at the results of an experiment by San Bolkan and Peter Andersen.

The researchers approached people and made a request for assistance with a survey.

Initially when asked just to participate in the survey only 29% of people agreed.

In the second sample, before asking the person to participate in the survey, they first asked, “Do you consider yourself a helpful person?”

Nearly everyone stopped answered yes, and the participation rate in the second sample was 77%.

The next tip I want to share with you is going to change the way you create videos forever!

But first you need to know the science behind why this tip is so important.

Dr Shelley Taylor of the University of California Los Angeles (UCLA) discovered what’s known as the “What’s Focal is Presumed Causal” phenomenon when she was conducting a study where a pair of research assistants were supposed to contribute equally.

When she stood behind one of the participents facing the other she found herself chastising the participant she was facing for “dominating the exchange.”

After a few of these exchanges Taylor’s colleagues who were watching from the side stopped her frustrated that in their opinion no one was dominating the conversation.

No matter what the experiment was the researchers couldn’t stop from thinking the person whose face was most visible to them was most important to the exchange.

There is even a growing concern that many false confessions and improper interrogations are occurring because of the what’s focal is casual phenomenon when the camera is focused on the person being interrogated. For more information on that check out this episode of This American Life.

What’s Focal is Causal, states that whatever is put squarely in the center for an audience to view is going to be believed to be more important and casual to whatever is being discussed.

Whatever you want your audience to pay the most attention to and assume is most important to the overall outcome MUST Be centered directly in front of your viewer.

If you want to increase your authority and make sure that you are seen as the expert in your niche, it’s essential that you appear centrally in all of your videos!

Lastly I want to talk to you about what Cialdini calls Attractors.

Attractors are cues that draw our attention to them.

The two most common attractors Cialdini discusses are sex and violence.

There are a number of very interesting points about sex and violence but the most important one is this: Sex and violence, sell selectively.

The general wisdom is that sex and violence sell, but the research actually suggest differently.

In fact, when Advertising Age magazine listed its top 100 ads of the twentieth century only 8 contained sex or violence.

People are dramatically more likely to pay attention and be influenced by stimuli that fit their goal for the situation.

Whether the message is intended to be arousing or threatening, the effectiveness of sex and threats will be dramtically affected by the type of opener experienced directly before.

Put people in a wary state of mind by using violence or the threatening and they will flock to a “don’t get left out” popularity type appeal to seek safety from the threat.

Put people in a amorous state of mind and they will flock to a “stand out “ type message in order to attract mates and stand out in the mate selection process.

You have to know what your kind of appeal your opener is channeling attention towards.

If you are appealing to someone through a fear of missing out on a writing career, you’ll need to appeal to their desire to fit in with successful writers by joining your course.

If you are appealing to someone based on the idea of quitting their job to spend more time with their significant other and living the life they love you would want to appeal to the desire to break out of the rat race and stand out from the crowd.

Recap: Set Yourself Up For Maximum Persuasion

OK let’s re-cap, I know I’ve given you a ton of information in this article and I want to make sure that you’re able to use it to make your website and videos more persuasive.

First we discussed the idea of pre-suasion being what you do BEFORE you even make your pitch to your prospects.

Then we talked about the idea of channeled attention and privileged moments.

You learned that anything that has attention directed to it is deemed to be more important.

You also learned about privileged moments which are: Identifiable Points where the individual is receptive to a communicator’s message.

These are what are known as your “openers” to attention in that they begin to move attention towards something while saying “this is important” to your audience.

After that we discussed phrasing and the idea of the barnum effect and how asking the right or wrong questions can channel your visitors attention.

Then you learned about the What’s Focal, casual phenomenon which states that whatever is focused on (especially someone’s face) is going to be deemed more important and casual to whatever is being discussed.

Lastly we discussed the idea of attractors and looked at why sex and violence are not always the best way to sell depending on the outcome you desire.

You learned that the kind of opener you  use to channel attention directly affects what kind of appeal you should make based on whether your opener has made your audience want to fit in or stand out.

You now know everything you need to know to make your website and videos PRE-SUASIVE!

But it’s not going to happen on it’s own, I purposely only shared 4 tips with you today because I want you to start using them right away to make your videos and websites captivating to your audience.

The more you load your sites and videos with pre-suasive content, the more visitors will be staying on your site, consuming your content and being sold on your courses and products.

20 of the Best Landing Page Examples to Inspire You