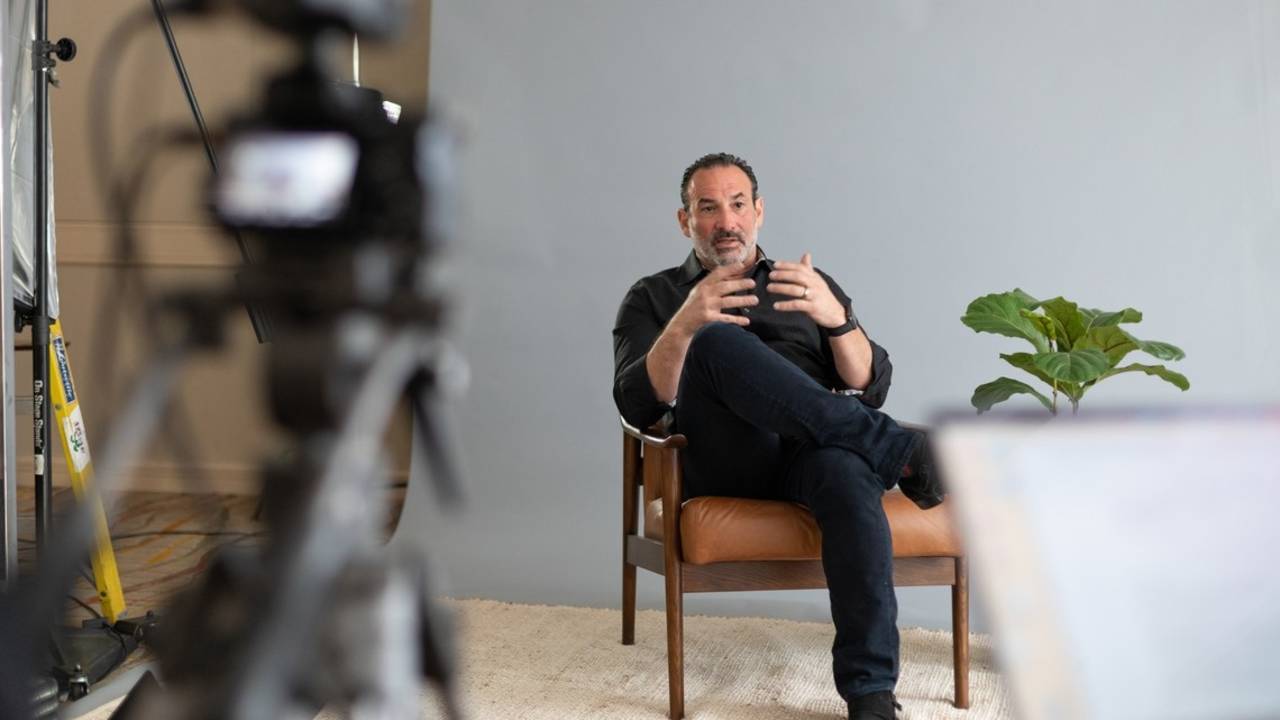 Thank you! Your submission has been received!
Oops! Something went wrong while submitting the form.
Join our newsletter!

Welcome back to Heart of a Hero, our recurring blog series where we take a closer look at some our #KajabiHeroes!

You can check out previous Heart of a Hero posts here!

In today’s Heart of a Hero, you’re going to meet Mel Abraham, best-selling author of "The Entrepreneur Solution" and founder of Thoughtpreneur Academy. You'll learn how Mel uses Kajabi to help thought leaders build their businesses, and change people's lives around the world!

Mel was a CPA by education and got his start in the financial world.

He started his thought leadership business way back in 1989.  Back in those days, pre-internet, Mel had to build his business by speaking all over the world.  Mel flew so much he ended up with around three million miles on a single airline!

At the time, Mel was doing a lot of work for free. He was speaking, writing and training for free in order to land these bigger consulting jobs.  One day, he realized that there was a path to getting paid 4 different ways.

He could get paid to speak, paid to write, paid to train and still get the consulting jobs he was focused on along the way.  This realization started Mel on his journey to Kajabi!

Mel can trace his path to Kajabi back to a decision he made in 2006 to join a mastermind group.  It was expensive (5-figures!) and Mel spent a lot of time wrestling with whether or not to join.

Eventually, Mel decided to join, and through that mastermind group, he met people like Mark Victor Hansen and Brendon Burchard. He even met his future wife as he was leaving one of the group's events!

It was through meeting Brendon Burchard (a Kajabi Hero himself) that Mel was introduced to Kajabi and our founder, Kenny Reuter.  After emailing Kenny for the first time, Mel immediately received a response that said, "Any friend of Brendon's is a friend of mine. What do we need to do?"

With that email, Mel got started on Kajabi Classic. Kajabi gave Mel a way to get his teachings out to the world without having to be on a plane every week.  As a single father, reclaiming this time was invaluable.

Mel says, "Kajabi gave me my time back to be with the greatest gift in my life which is my son."

By being able to create income without travel, Mel was able to build not just an amazing business, but an amazing relationship with his son who helps him in his business today! His son even inspired Mel's flagship product Thoughtpreneur Academy.

Mel's favorite part about Kajabi is how easy and fast it is to create your products!  Mel's first product ever was a DVD set called "The Doctrines of Success."

Brendon had challenged him to see how fast he could create a product. Within 30 days, Mel had created and shipped a DVD product. Which he thought was pretty fast... until he moved his business to Kajabi!

Mel says, "You can create a product in a day. In the new Kajabi, there's nothing we can't do!"

Take A Leap Of Faith With This Week’s #kajabihero