Stop fighting with algorithms and waiting for brand deals. Get guidance to build a sustainable business that’s all your own.
Join the challenge How resilient entrepreneurs reinvent their businesses 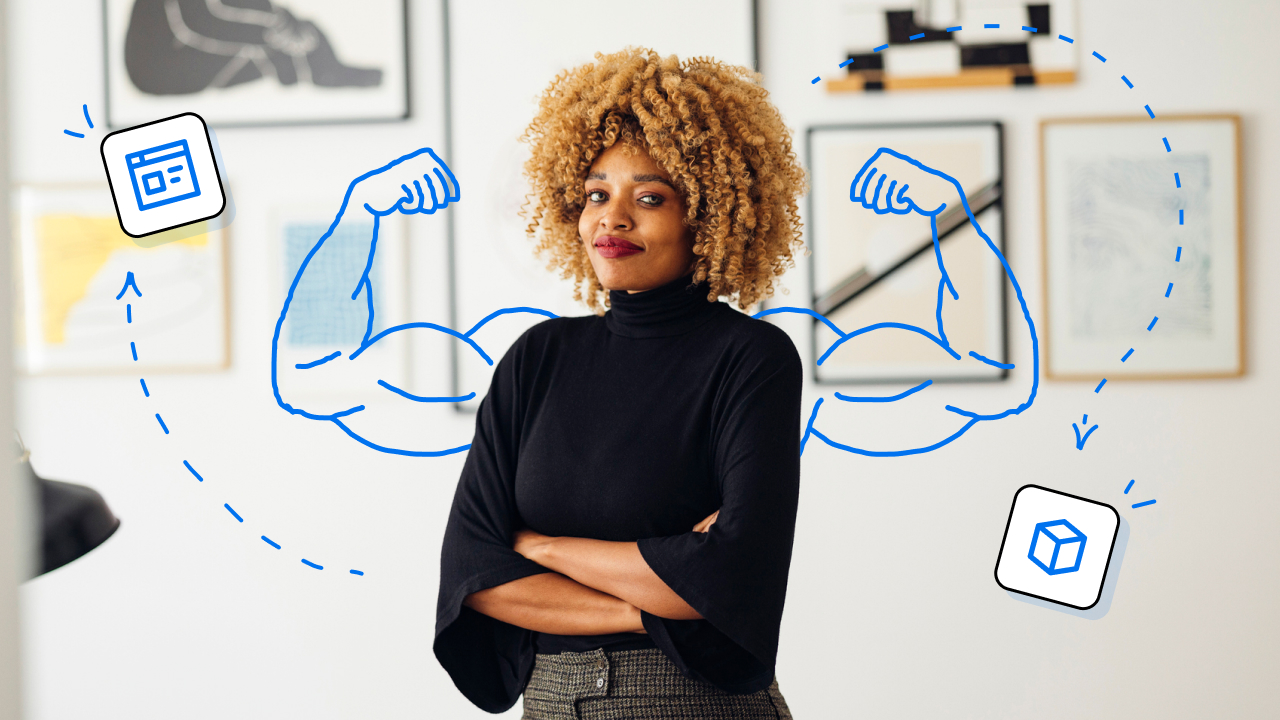 That little voice inside has been prodding, nagging, pleading with you the last few weeks. As social distancing has started affecting every industry, you’ve been thinking deeply about your business. How do you respond to the new reality? You’re an entrepreneur after all, and you’re hardwired to look for new opportunities.

Now is the time to pivot—not out of desperation or to stay afloat, but to discover growth strategies you might’ve never considered before. Some of the most innovative companies like Twitter, PayPal, and Groupon evolved from entirely different beginnings. In the last few weeks, lesser-known businesses have made sweeping changes to deliver entirely new products.

Solopreneurs like you have a unique advantage: you’re nimble. All you need is an idea to start executing a new course, membership, or digital product. So what’s the right move for your business right now?

We’ll share ideas from Kajabi Heroes who’ve stepped up incredibly fast. In less than two weeks, they’ve reinvented their business in some way. Some have formulated new programs while others are serving new markets. For others, simply digging deeper into their audiences and current offerings uncovered new strategies.

Here are 3 approaches our Heroes are taking to pivot successfully.

Nim Stant, author of The Yoga Journey, is an international yoga retreat leader and coach to retreat leaders. Earlier this year, she had expanded her business from Thailand to nine other countries around the world. She had also planned and paid costs for multiple retreats scheduled later this year. Suddenly, there was a real possibility those retreats could be canceled.

“At first, I thought I was the only one in the world who was suffering because I’m in the travel industry,” Nim said. “I did not have my plan B at all because I just kept focusing on my lane.” After three days of feeling stressed and fearful, she jumped into starting a new program to help women create an online business.

Within a few hours, Nim created her landing page while designing the program itself. She had six modules planned out by the time her new offer went live on her website. She hadn’t recorded any videos for the modules. Her plan was to begin filming once customers began signing up for the program. Soon after, she’d already begun working on her pipeline, email marketing and scheduled her webinar. The program begins April 13.

“We have to act quickly—not because we’re afraid. We’re acting quickly because we have faith.”

Creating new products doesn’t necessarily mean starting from scratch. In addition to Nim’s new program, she’s starting a membership called the Go All In Club, which focuses on wellbeing: mindset, physical health, and spirituality. Incorporating lessons from The Yoga Journey, as well as her second book in progress, Go All In, Nim explained how she came up with the idea: “Instead of just selling the book, I thought, ‘Okay, why don’t I make it come alive?”

Matilda Lindell is a Swedish performing artist, singer, and vocal coach based out of New York City. A visit to her hometown in Sweden unexpectedly turned into a longer sojourn as travel restrictions came down and upcoming concerts were canceled. At that point, Matilda had just finished touring and her online vocal coaching business had been on the back burner for several months.

Although Matilda had developed a funnel and email list, her online coaching business was still in its infancy. She had been working on a course on how to warm up the voice, take care of your voice through grueling tour schedules, voice techniques, and much more. Initially, she envisioned her vocal coaching business would be targeted to a US-based clientele. Online courses weren’t as popular among the Swedes as they were among Americans—or so she thought.

As Matilda settled back in Stockholm, she started noticing that people were interested in her online vocal coaching expertise. Her friends—fellow voice teachers—were reaching out to her, along with other Swedish voice teachers and singers in an online forum. They were inquiring about all kinds of topics: how to set up the tech, how to structure a voice lesson when you don’t have your usual tools (like a piano), and various voice techniques.

So Matilda organized a free workshop, bringing together 100 voice teachers in Sweden to the live virtual event. Attendees later shared the webinar, and Matilda grew her email list to 400 people in just five days.

“Now I have a very strong connection to voice coaches in Sweden,” said Matilda, a self-proclaimed “voice nerd.” Having learned many voice techniques in the US, she seems to have found a new purpose: introducing her new Swedish audience to the best resources on vocal training. Now she’s launching a course for Swedes in Estill Voice Training and a membership to support vocal coaches transitioning to their business online. Her original course idea for touring singers is also in the works.

“For me, it feels important,” she said. “It's my connection to Sweden.”

3. Bridge the physical world with the digital world

If live events and in-person meetings are critical to your business you’re likely scrambling to move your audience online. Keep in mind that most people are craving human connection online these days. You have a captive audience. The challenge is finding new opportunities to bridge your existing in-person audience to the online space.

For Kayla Davis, founder of KDAVIS Fitness and the Kōch App, about half of her business was training clients in the gym up until recently. Now that the gym is closed indefinitely, she’s poured all her energy into creating new content and challenges. Earlier that day, she had just created an offer and landing page to join a free challenge, incentivizing people to sign up for her app, which is $5 a month.

Canceled events are another opportunity to introduce your digital products and services to new people. Connie Cleveland, dog training expert and founder of The Obedience Road, typically appears at 12 live events every year. She hosts a two-day live workshop training 20 dogs on stage. After the event was canceled recently, Connie reached out to those who had registered and offered them a month of free access to her membership.

“I had a lot of people who took me up on that, which is great,” Connie said. “A month from now, they may drop off or they may not. But at least I got them into the membership site, where they’ll get to know me and what I offer.”

Master the pivot as a long-term strategy

Your brain has been working on overdrive lately. Global developments might’ve triggered new ideas for your business, but imagine the benefits of keeping your fresh perspective long after things return back to normal.

“Fail fast” is pivoting rule No. 1 in the tech startup world. In a Harvard Business Review article, design experts refined the message to “Fail earlier, more cheaply, and more often.”

Whatever you do, just keep moving. Let’s build together. Start your free 14-day trial of Kajabi today!