Get fresh insights and ideas on how to build and grow your knowledge business delivered to your inbox. 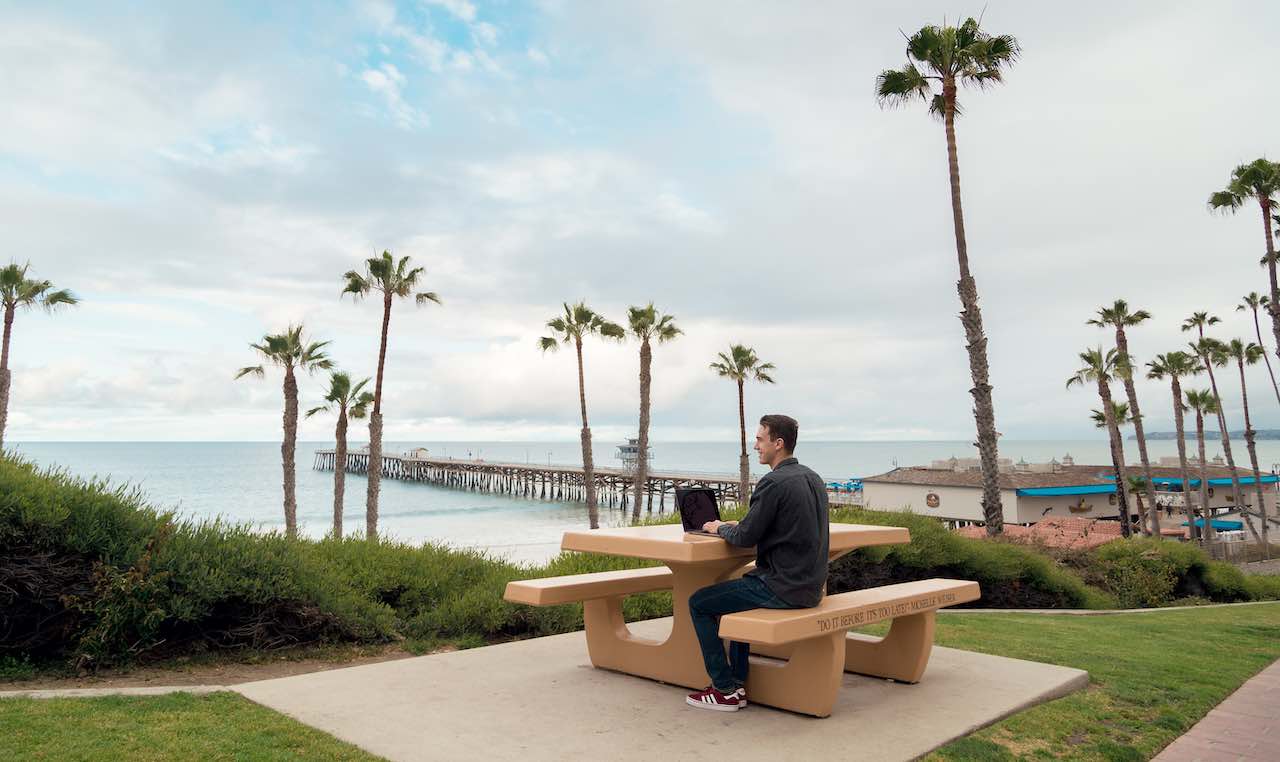 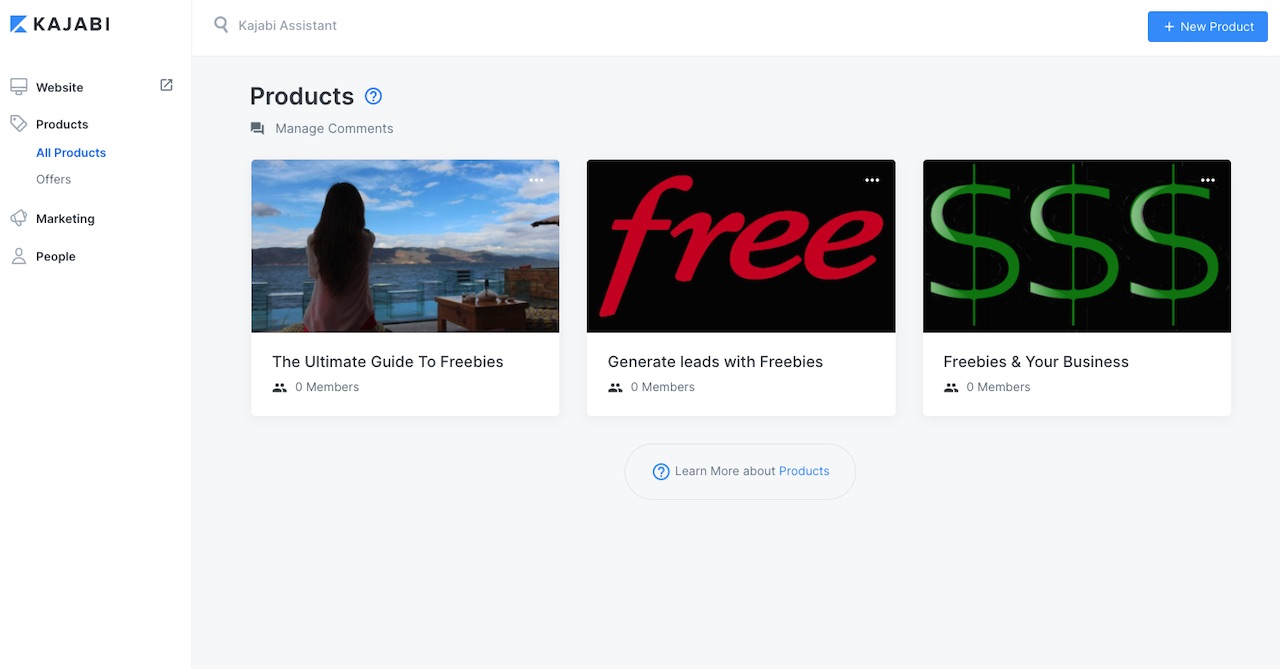 How to generate leads with freebies 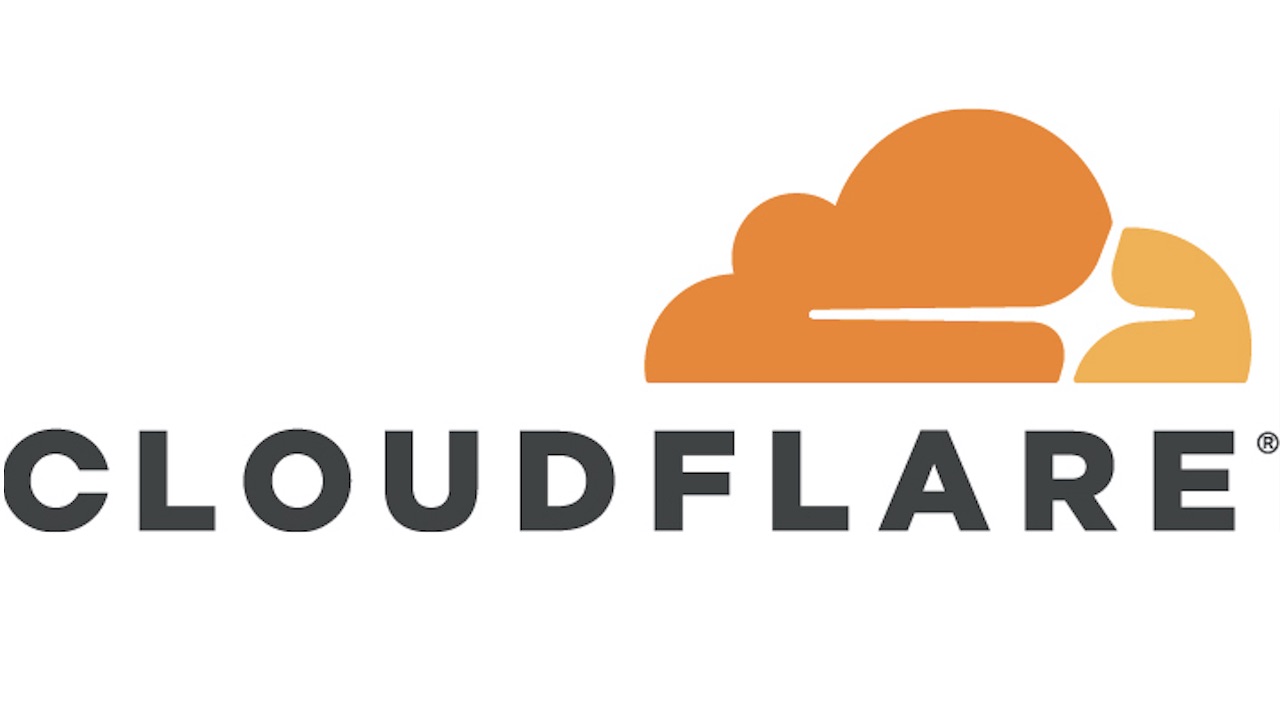 Product Improvement: More protection for your Kajabi sites with Cloudflare 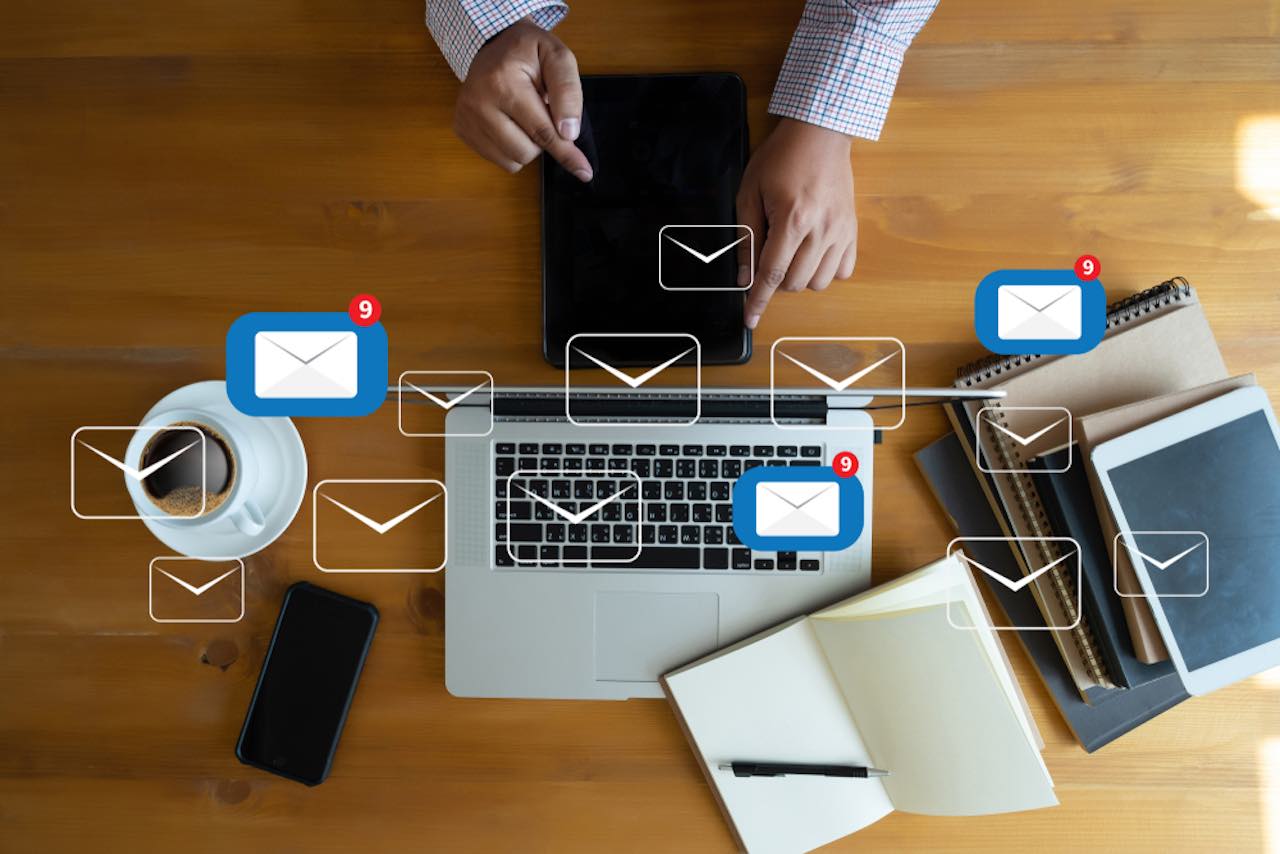 6 ways to integrate your email and social media marketing strategies 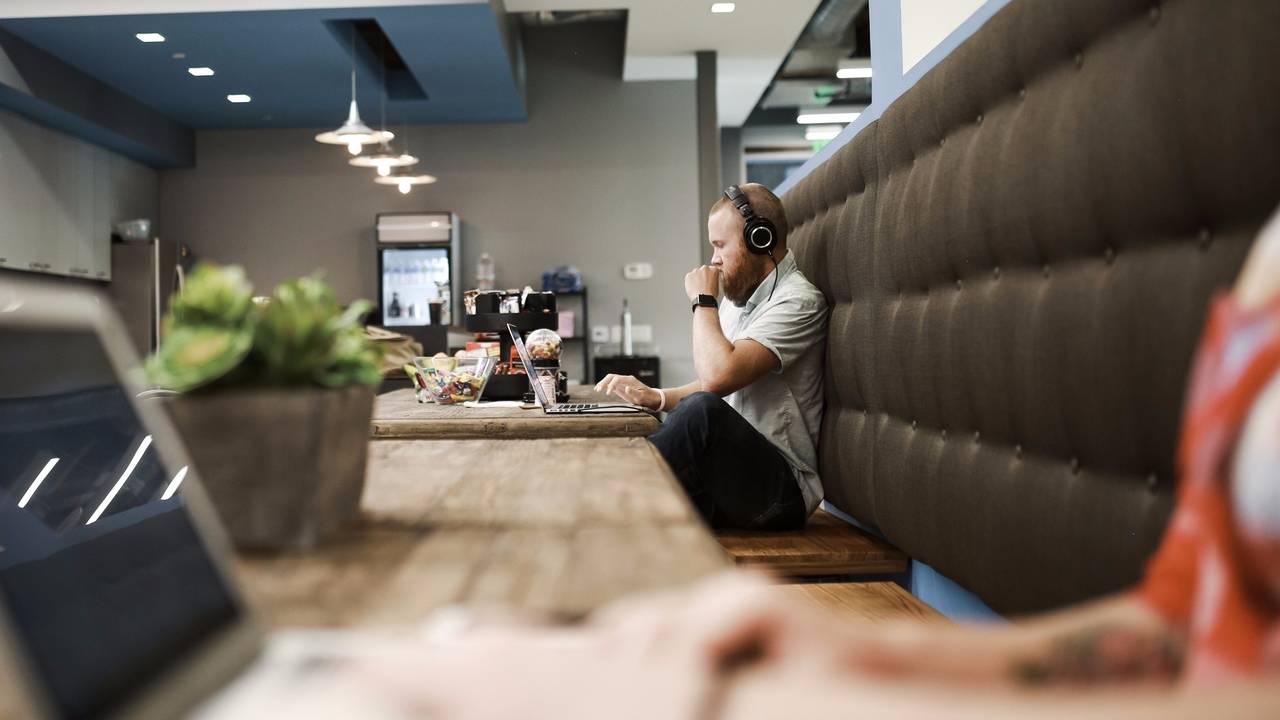 Here at Kajabi, we’re all about helping small business owners and entrepreneurs take their dreams to the next level. But we also know that Impostor Phenomenon (sometimes referred to as Imposter Syndrome) is alive and well and can keep business newbies from reaching their full potential.

You know those nagging feelings of inadequacy. Like you’re not qualified enough to run a company or feel like a fraud to the outside world.

That’s why we carried out a study on Impostor Phenomenon (IP) to find out just how many business owners deal with feelings of imposterism. The outcome was revealing.

The main takeaways were:

Here’s a closer look at the methodology and most significant results from our study.

Impostor Phenomenon (IP) is a feeling of inadequacy and fraud tied to one’s success. It’s the belief that you’ll be “found out” for a lack of knowledge or ability. The thought you’re not as capable or smart as others see you to be. It tricks you into thinking you’re successful because of good luck, not because you’re intelligent, hard-working, or well-prepared. Impostor Phenomenon is based on lies we tell ourselves and many people in the business world deal with it.

Impostor Phenomenon was discovered by psychologists Pauline Rose Clance and Suzanne Imes in 1978. They first theorized that only women dealt with Impostor Phenomenon. It was later revealed that both women and men have difficulty processing their success.

Dr. Clance created the Clance Impostor Phenomenon Scale (CIPS) to determine how strongly people experienced feelings associated with Impostor Phenomenon. This 20-question test asks people to rate (from 1 to 5) how closely they identify with feelings of imposterism.

‍We set out on a mission to find out just how common feelings of imposterism are in the business world.

Utilizing Dr. Clance’s CIPS, we surveyed 600 U.S. participants who self-identified as entrepreneurs or small business owners. Participants did not know they were part of a study on Impostor Phenomenon. Percentages were rounded to the nearest whole percent.

Scoring was based on the following criteria:

The bottom line: The higher the CIPS score, the more intensely Impostor Phenomenon impacts a person’s life. Here are the 10 key takeaways from our 2020 survey.

1. A large majority of entrepreneurs and small business owners experience moderate to intense feelings of imposterism

If you’re dealing with Impostor Phenomenon, you’re not alone.

A staggering 84% of the entrepreneurs and small business owners surveyed had scores indicating they feel like an imposter at moderate, frequent, or intense levels.

Did you know? The survey results coincided with a second survey sent out to Kajabi users. Those results showed that 86% of successful Kajabi entrepreneurs (those who have generated at least $10k in sales) said they have dealt with Impostor Syndrome, too. Budding business owner or seasoned vet, IP is experienced across the board.‍

Dr. Clance’s early studies on IP focused on females only because there was a belief at that time that IP only affected women. Later studies showed that IP actually affects both women and men across many cultures and occupations.

Our data shows that both male and female entrepreneurs experience IP at similar frequencies. Interestingly, the percentage of men who experience intense feelings of IP (scored 80 or higher) is over 30% greater than that of women.

The survey data furthers the notion that imposterism doesn’t just affect women. In fact, it shows that male entrepreneurs feel like imposters more frequently than their female counterparts.

‍3. Asian American entrepreneurs had the highest percentage of respondents who experienced frequent or intense feelings of Impostor Phenomenon

Conversely, Black and Hispanic/Latino entrepreneurs had the lowest percentage of respondents who experienced frequent or intense IP, both coming in at 33%.‍

The reason for the variance in findings? While we can’t be 100% sure, it could boil down to cultural standards, beliefs, and social/behavioral norms.

4. Over 20% of entrepreneurs are often worried about being “found out” for lack of knowledge or ability

One of the limiting cornerstones of Impostor Phenomenon is that people believe they’re a fraud to be “found out” at any time. These feelings are obviously untrue. If you own your own business, then you must be doing something right!

Yet, over one-fifth of those surveyed strongly felt like they’d be found out for not having adequate knowledge or ability.

‍Statement: Sometimes I’m afraid others will discover how much knowledge or ability I really lack.

Additionally, 25% of respondents were worried that people important to them would find out they weren’t as capable as they seemed.

‍Statement: I’m afraid people important to me may find out that I’m not as capable as they think I am.‍

One of the best ways to get past this thought is by examining the evidence. Give yourself a personal SWOT analysis to identify what your real strengths and weaknesses are. Performing this exercise will also help you identify what is in your control to change and what is out of your hands.‍

5. Over one-fifth of business owners feel it’s often or very true that their success is due to luck

Good fortune can’t trump experience, knowledge, and preparedness. Still, tons of business owners feel like their success is because of luck. In fact, 22% of respondents felt it’s often or very true that their success is due to luck.

‍Statement: At times, I feel my success has been due to some kind of luck.‍

Fact is, it takes intelligence, time, and foresight to be successful. It’s time to retire the thought that you’re just lucky. Learn to celebrate your success and recognize yourself for the business #boss you truly are.‍

6. Small business owners tend to compare themselves to others and feel less intelligent than those around them

We live in a world of constant comparison. About 61% of respondents said it’s sometimes true, often true, or very true that they compare themselves to others and feel like those around them are more intelligent than they are.

‍Statement: I often compare my ability to those around me and think they may be more intelligent than I am.‍

If this sounds familiar, try working on your inner narrative. Instead of “I’m not smart” say “I’m always learning.” A simple shift in how you think can help you overcome feelings of IP.

‍7. After receiving recognition for an accomplishment, over one-fourth of entrepreneurs have doubts they can repeat their successes

Even though the proof is in the pudding, one-fourth of the entrepreneurs we surveyed still have doubts they can repeat their successes.

‍Statement: When I’ve succeeded at something and received recognition for my accomplishments, I have doubts that I can keep repeating that success.‍

When broken down by gender, we found that the percentage of men who said the statement was often or very true was 26% greater than the percentage of women who felt the same way (30% vs. 23%). In other words, male entrepreneurs have greater doubts about their ability to repeat past successes, despite their current accomplishments.

Truth is, some of the most recognized and successful entrepreneurs in the world are those who diversified their income streams through multiple business ventures. Think they doubted their success at one point in time? Probably so. But they didn’t let it get in the way of the big picture.

Use the recognition of your accomplishments to propel you forward, as a badge of honor. You can repeat your successes and even start new businesses by not allowing self-doubt to creep in. Who knows? One day you might join the ranks of the world’s most successful entrepreneurs!

‍8. Most entrepreneurs and small business owners tend to discount the importance of their work

A person can have all the proof in the world that they’re successful, but IP makes it hard to internalize wins.

The survey showed that 64% respondents downplay the importance of their work even when they receive recognition and praise, at least some of the time.

‍Statement: If I receive a great deal of praise and recognition for something I’ve accomplished, I tend to discount the importance of what I’ve done.‍

What’s more, the percentage of men who felt it to be very true that they downplay their work was over 20% higher compared to women (16% vs. 13%).

If this sounds like you, it’s time to start owning your successes and playing up the importance of your work. Take pride in what you do!‍

9. A shocking 70% of respondents are disappointed in their accomplishments at times and think they should have done more by now

There’s no fast track to success, so if you’ve been working on your business for a while, that’s okay! We bet you’ve experienced some amazing accomplishments and made a lot of people proud. But are you proud of those accomplishments?

In the survey, 70% of respondents said they’re disappointed in their accomplishments and feel should’ve accomplished more by now.

‍Statement: I’m disappointed at times in my present accomplishments and think I should have accomplished much more.

When analyzing all the entrepreneurs who responded “very true,” we came across a surprising trend: those with university-level educations overwhelmingly made up the majority of respondents who felt the statement to be very true.‍

Respondents who said it was “very true” that they’re disappointed in their current accomplishments and feel they should have done more by now, broken down by education level:

Sometimes accomplishments aren’t enough, so what gives? A lot of this has to do with mindset. It’s choosing to focus on deficits instead of wins.

If you’re falling victim to this thought pattern, take a moment to focus on all the things you’re doing well. If you need, talk to a supportive person who sees the best in you, even when you can’t.

‍10. A majority of small business owners and entrepreneurs often succeed at tasks they worry about failing at

Every small business owner or entrepreneur plays out worst-case scenarios in their mind and to a certain extent it’s a necessity. But how often do they come true?

The survey showed that 64% of respondents said it’s often or very true they actually succeed at tasks they worried about failing at.

‍Statement: I have often succeeded on a test or task even though I was afraid that I would not do well before I undertook the task.‍

So, if entrepreneurs know they’ll most likely succeed, then why do so many of them worry about not doing well? It’s one of the many pitfalls of IP, but anyone can overcome fear of failure with the right mindset.

As an entrepreneur, it can be easy to get overwhelmed by feelings of doubt. It takes a lot of courage to venture out into the business world on your own.

Believing in yourself is the first step towards overcoming Imposter Syndrome and tapping into your full potential. The second step is having the right tools to grow your business.

The all-in-one platform gives you the power to run your own business. No need to worry about using multiple apps for creating, marketing, and selling your products. Everything you need to reach your goals is in one place.

Get out of your own way and try Kajabi today.

Note.  From The Impostor Phenomenon:  When Success Makes You Feel Like A Fake (pp. 20-22), by P.R. Clance, 1985, Toronto:  Bantam Books.  Copyright 1985 by Pauline Rose Clance.  Reprinted by permission.  Do not reproduce without permission from Pauline Rose Clance, drpaulinerose@comcast.net.

No risk, no contracts, and no long-term commitment. Cancel anytime, hassle-free.